Vrboska is a charming little settlement, one of the smallest towns on the sunny island of Hvar located on the north coast. However, it offers both mooring options in its ACI marina and mooring options in the city harbor. Before arriving in Vrboska, choose one of the beautiful bays on the way and stop for a swim.

The place has an unusual shape since it is lying along a curved and narrow fjord and it is hidden deep in a narrow bay, surrounded by olive groves, vineyards, and pine forest. However, these are all the reasons that make it special. 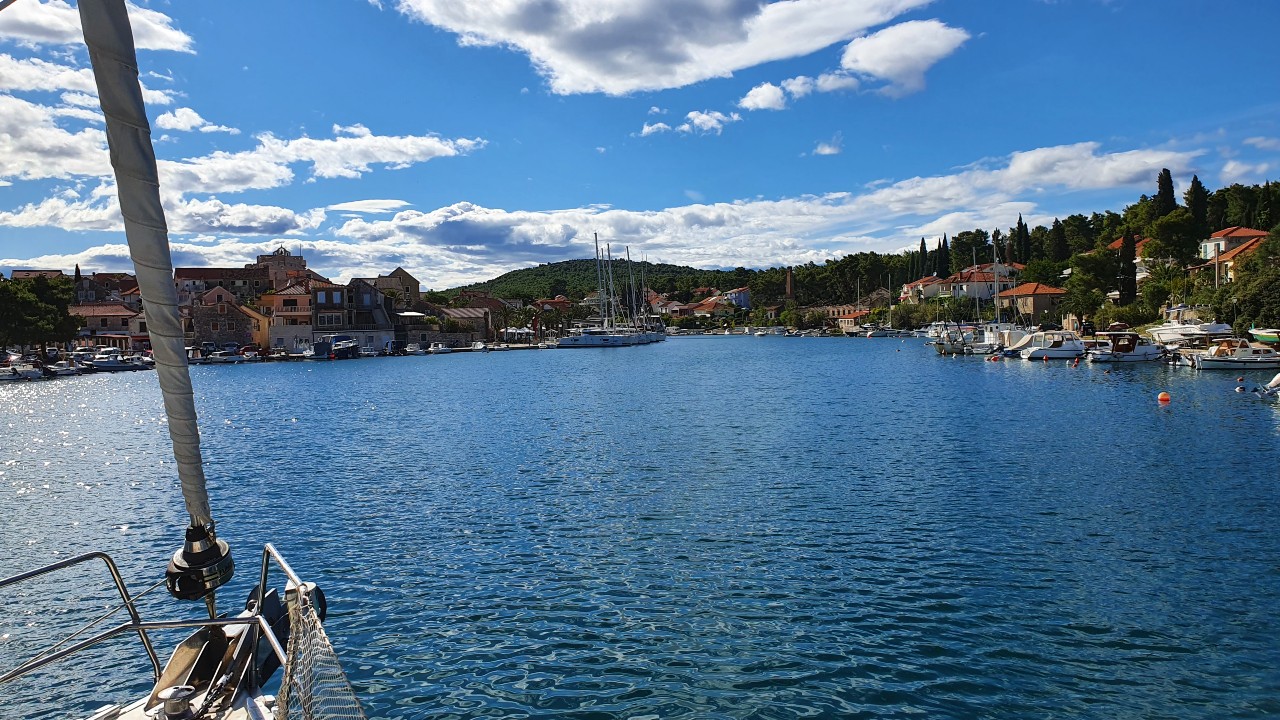 The view over Vrboska from one of our sailboats

This charming settlement has earned a few nicknames over the years. Most often, it is referred to as “Little Venice” thanks to the numerous small bridges scattered around the village. This is why Vrboska is also called “The bridge to Hvar”. 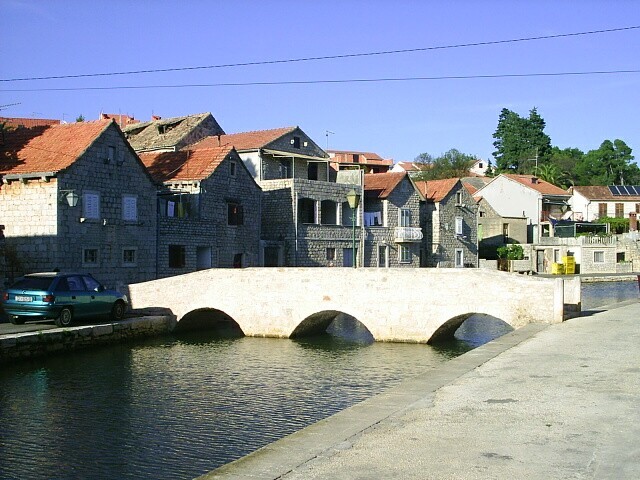 Vrboska – one of many small bridges scattered around the village

More than deservedly, Vrboska is also referred to as “Ljepotica otoka Hvara” or “The beauty of the Hvar island” in English.

Close to Vrboska is the other charming settlement on the northern side of Hvar, JELSA, which can be easily reached by bike, scooter, or car that can be rented in Vrboska.

ABOUT THE ROOTS OF VRBOSKA

The very name of this beautiful place derives probably from the name of Vrbanj, the inland village whose inhabitants used the bay as a fishing port. However, there is another theory – the source was the Latin word ‘verboscam’, meaning ‘forested’, which was an adequate name for this wooden bay.

The little settlement of Vrboska was founded way back in the 15th century as a fishing harbor. First, it grew in prosperity and became a fishermen’s village, and later it developed into a picturesque little town. Already at the beginning of the 20th century, this place had a sardine factory, boat-building industry, trading association, library, health clinic, a hotel, and it was connected to Split and the neighboring island of Brač.

The three architectural styles – gothic, renaissance, and baroque style – are an ornament of the settlement. The buildings are intertwined with the irregular net of narrow curving streets.

Today, Vrboska is a typical Mediterranean settlement but also a popular nautical destination, which is no wonder since it has a very well equipped and well positioned ACI marina, as well as berths on the main promenade (“riva”) that offer water and electricity. Vrboska is adorned both with ancient constructions and old houses as with luxurious modern buildings. Little over 500 of its inhabitants live mainly of tourism, and apart from that, they are occupied with olive, fruit, and wine growing, and their everlasting love – fishing. 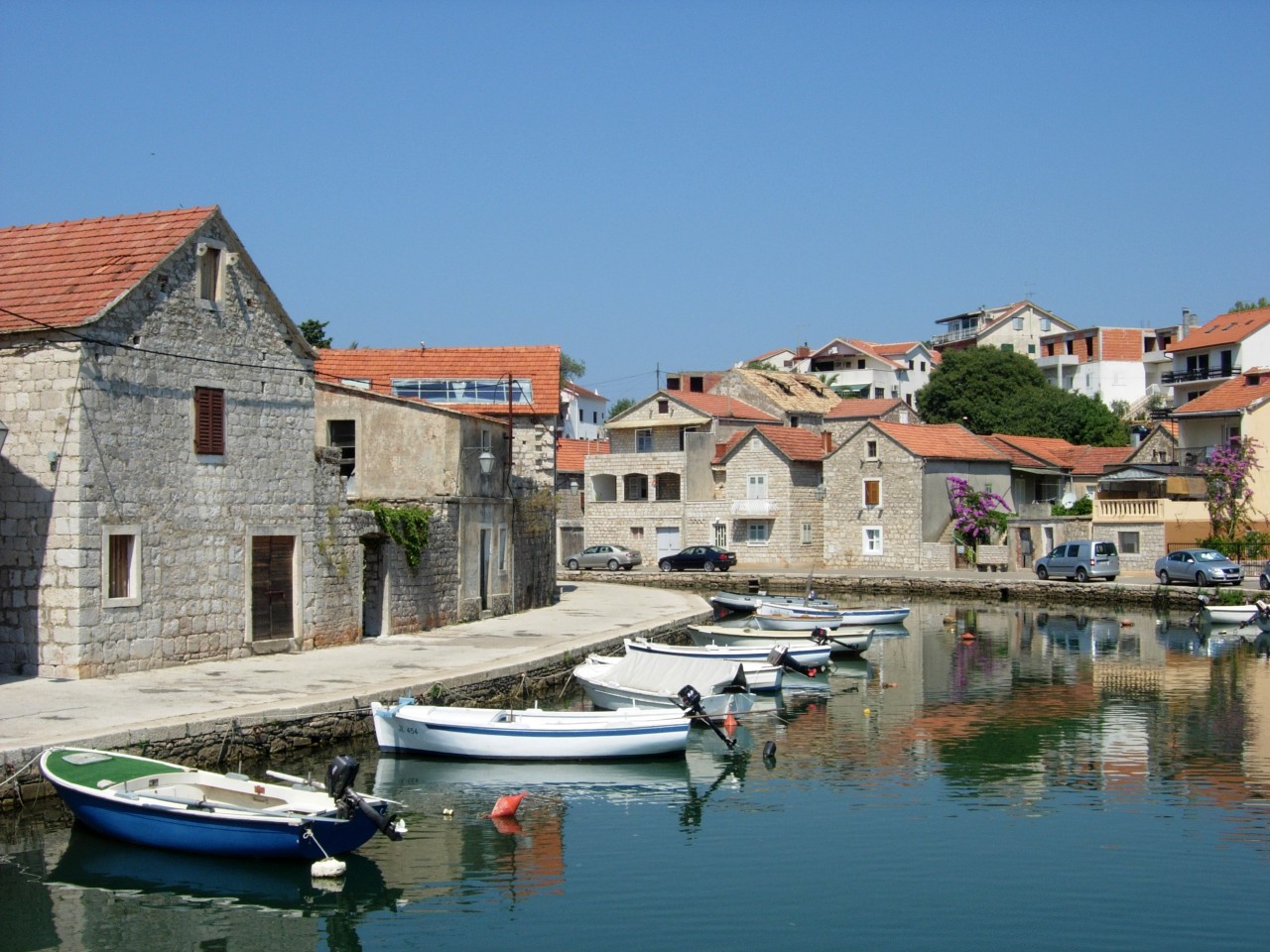 Vrboska as a typical Mediterranean settlement

SIGHTS VRBOSKA IS PROUD OF

One of the old constructions is the fishermen’s museum, which opened back in 1972 as a place where you can get an insight into the lives of the ancient fishermen. You can see a collection of tools, nets, and parts of the machines used in the former fish factory. To get an even better image of how the fishermen lived, the museum also displays an old, reconstructed house of fishermen that projects the image of the hard life of Vrboska’s inhabitants from the past.

Besides the Fishermen’s museum, it is rather important to mention the outstanding fortress-church of St. Mary of Mercy. Now a great architectural heritage, the church was rebuilt in the shape of a fortress in the 16th century by the local people who wanted to defend the village from the Turks. It is known as the most beautiful fortress in Croatia and one of the admiring churches from that time in general. From its roof, you get an amazing view of the surrounding landscape. 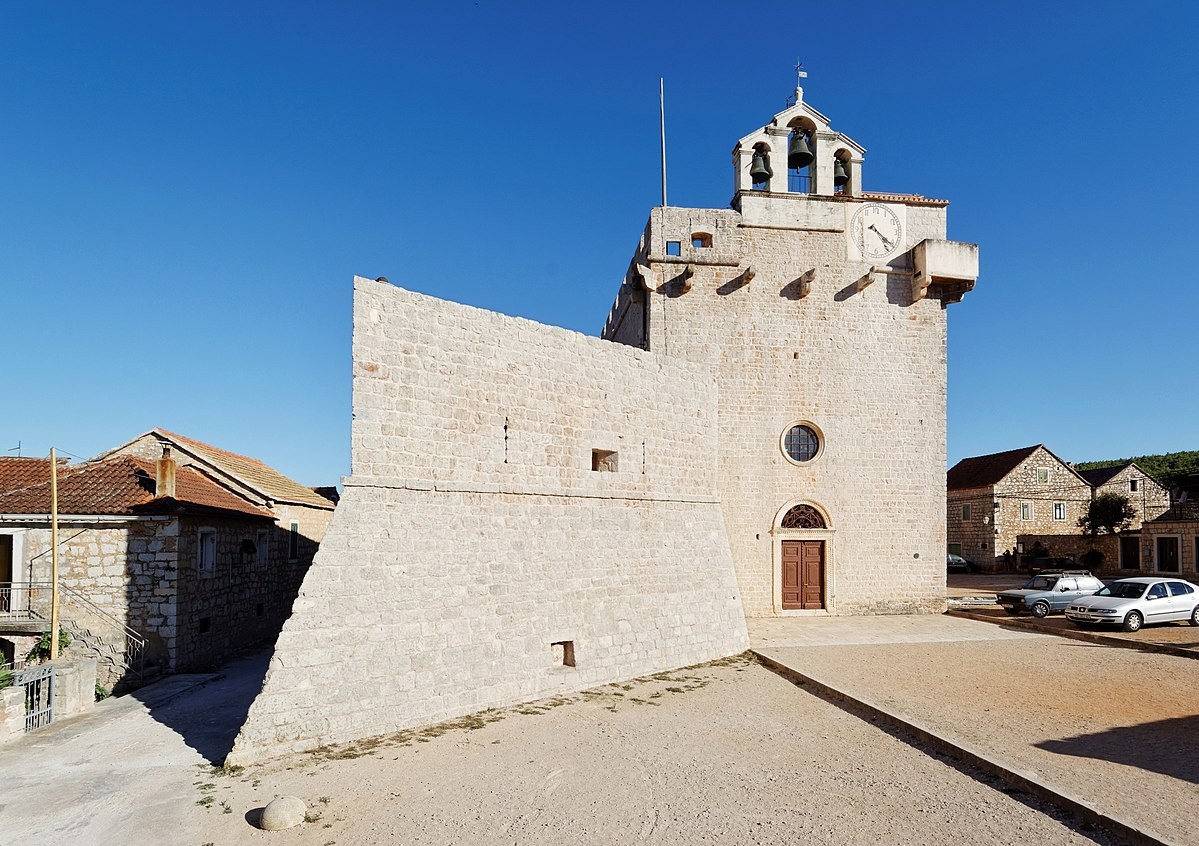 The fortress-church of St. Mary of Mercy in Vrboska 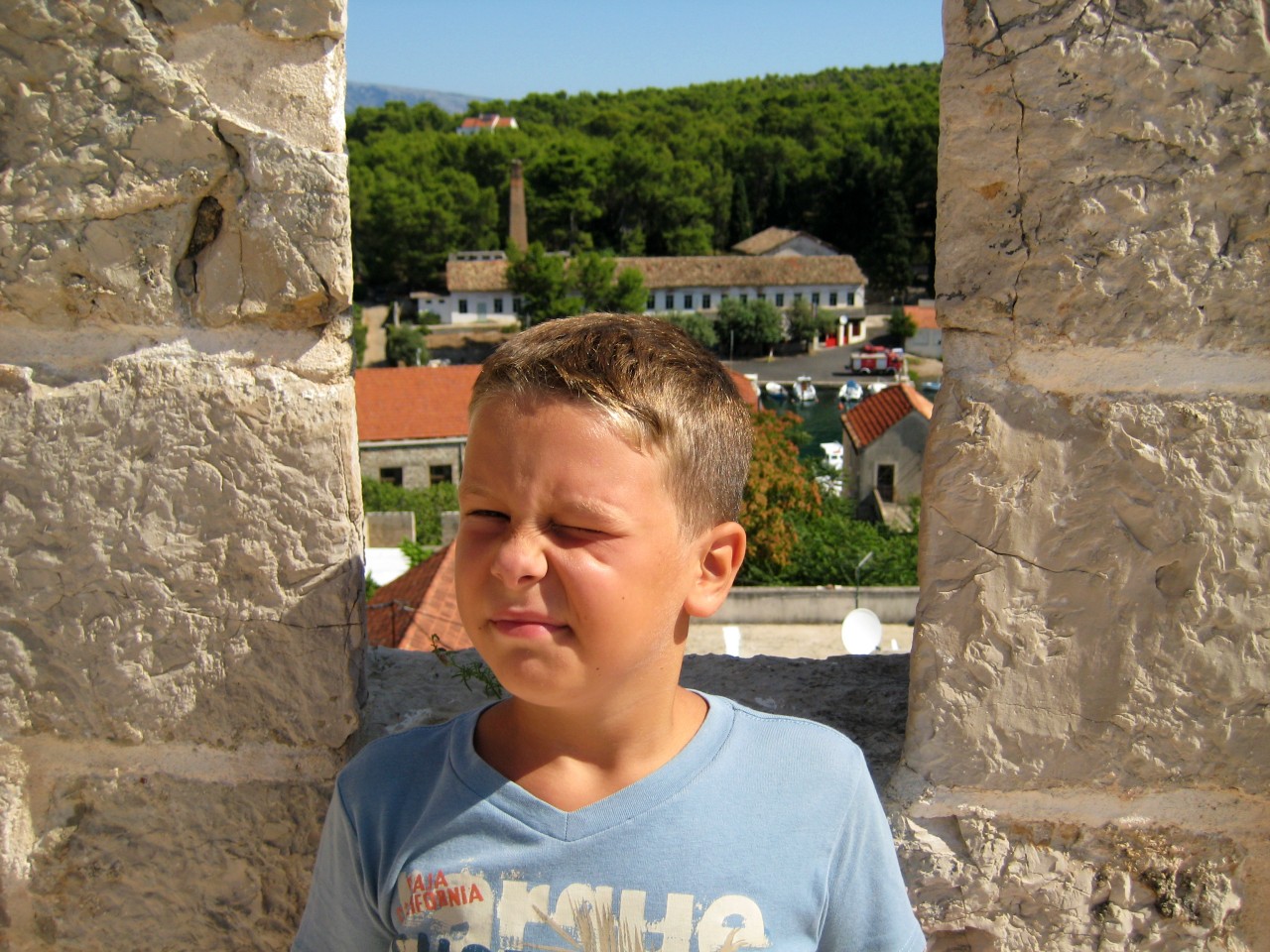 A few years ago our son had the opportunity to look over Vrboska from the fortress of St. Mary of Mercy 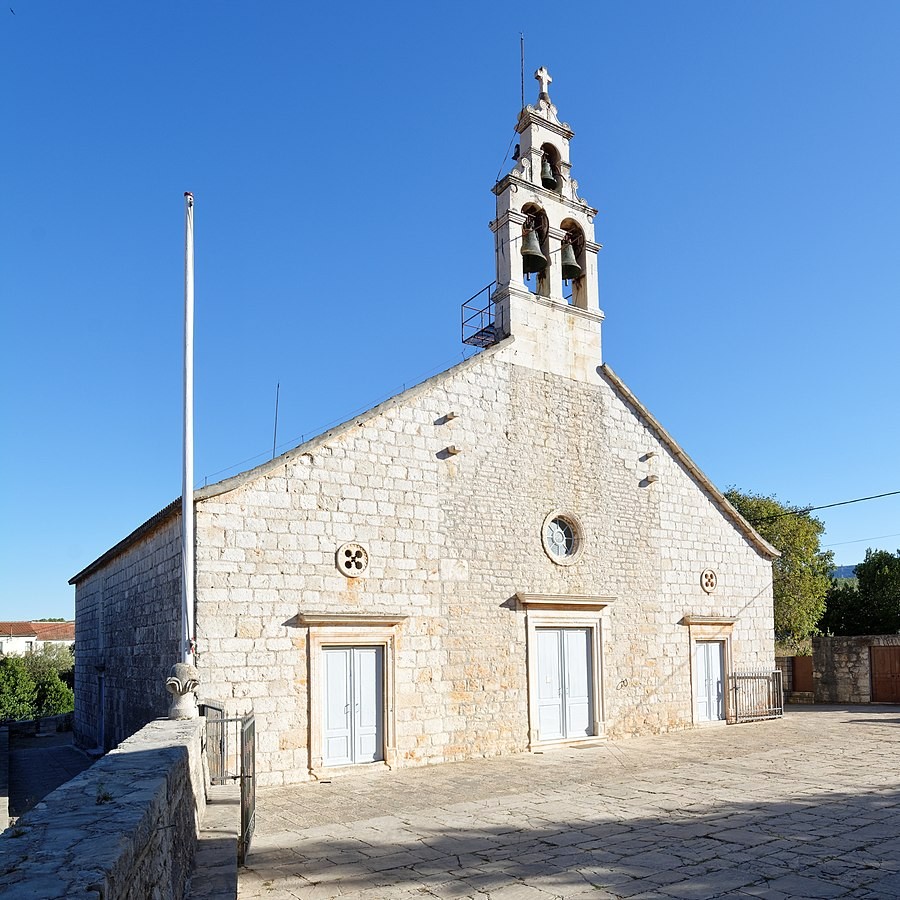 WHY VISIT VRBOSKA DURING YACHT CHARTER HOLIDAYS IN CROATIA

This settlement is not called “The beauty of the Hvar island” for nothing. It lies on the north-eastern side of Stari Grad Plain which is a UNESCO protected World Heritage Site. Fresh air, crystal-clear sea, sandy, and pebble beaches is what makes us love Vrboska. The beauty of its nature lies also in the intact pine forest. In the middle of the bay, you can see a very small islet that adds to the charm of this adorable place. 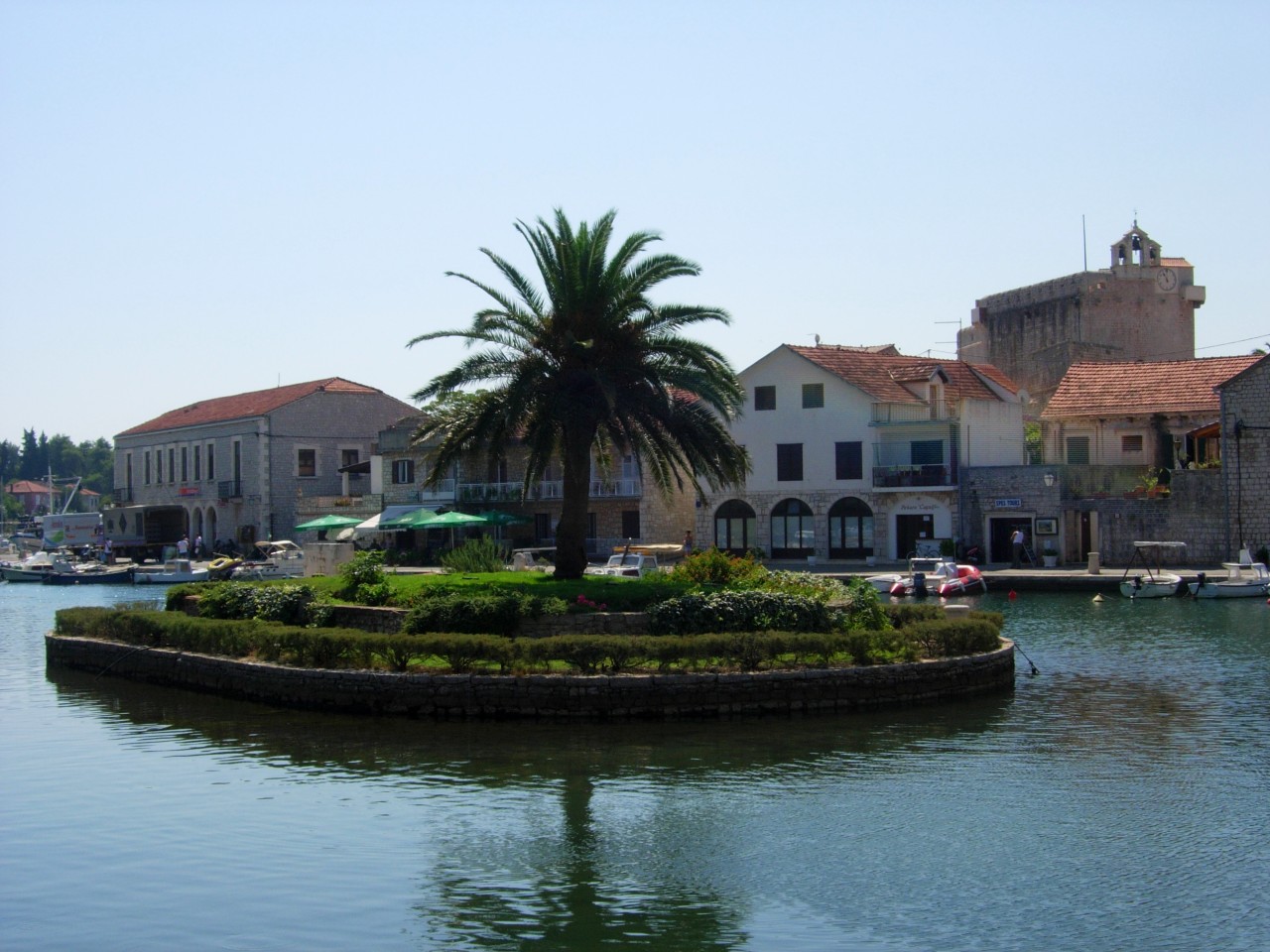 Vrboska – the small island in the middle of the bay; simply beautiful

If you just love freedom, solitude, and untouched nature, you are also going to love the fact that, apart from Vrboska itself, there is also the nearby Zečevo Island with a popular naturist beach. A perfect option for spending an afternoon is to anchor near the island, in the crystal-clear sea, and enjoy swimming and sunbathing. Zečevo can be reached by boat from Vrboska or from Jelsa (15 minutes).

Another beautiful beach for spending a day like this is the Soline beach. It is also a great option for anchoring and enjoying the sun and the sea. To get a full-day experience near the beach, have your meals on the boat and, if the weather permits, stay anchored overnight. 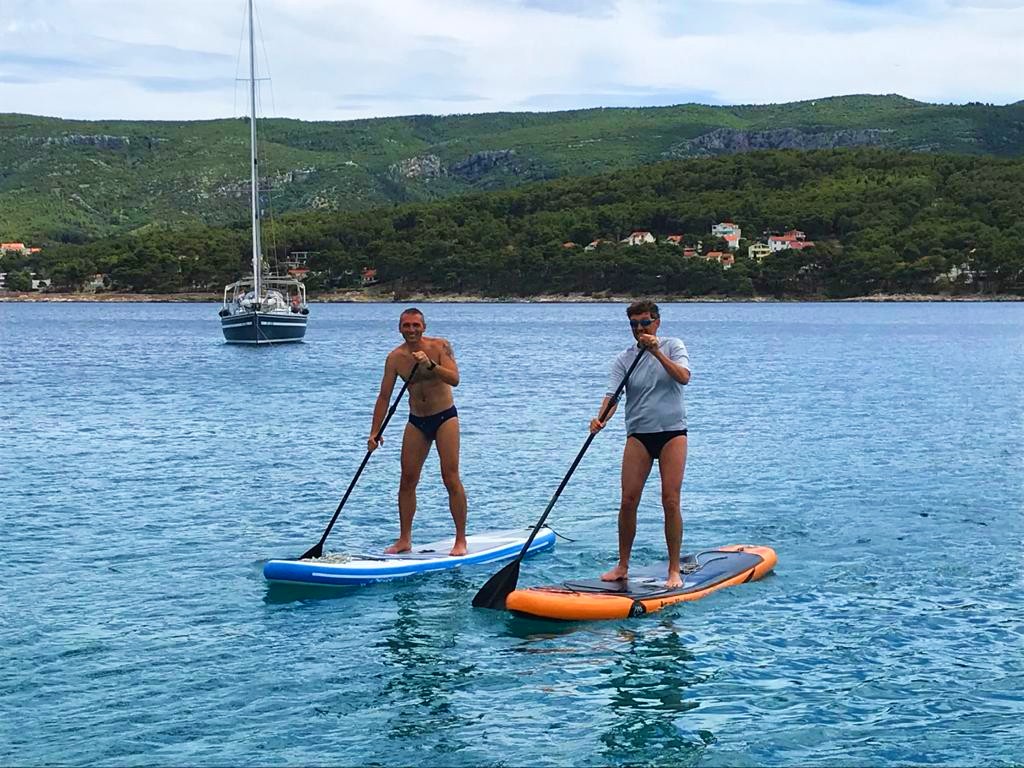 Friends enjoying paddleboarding right at the entrance to Vrboska, in front of the Soline beach

The rich fishermen tradition can be seen in the local gastronomic offer. The restaurants offer fresh fish and healthy food from the surrounding areas, and domestic olive oil is the main condiment of most meals. Enjoy the delicacies with a glass of local Hvar wine.

We always recommend consulting TRIPADVISOR to find the best restaurants where to dine when on sailing holidays in Croatia.

Here are some places where to eat when visiting Vrboska:

SIGHTS / THINGS TO DO / ATTRACTIONS 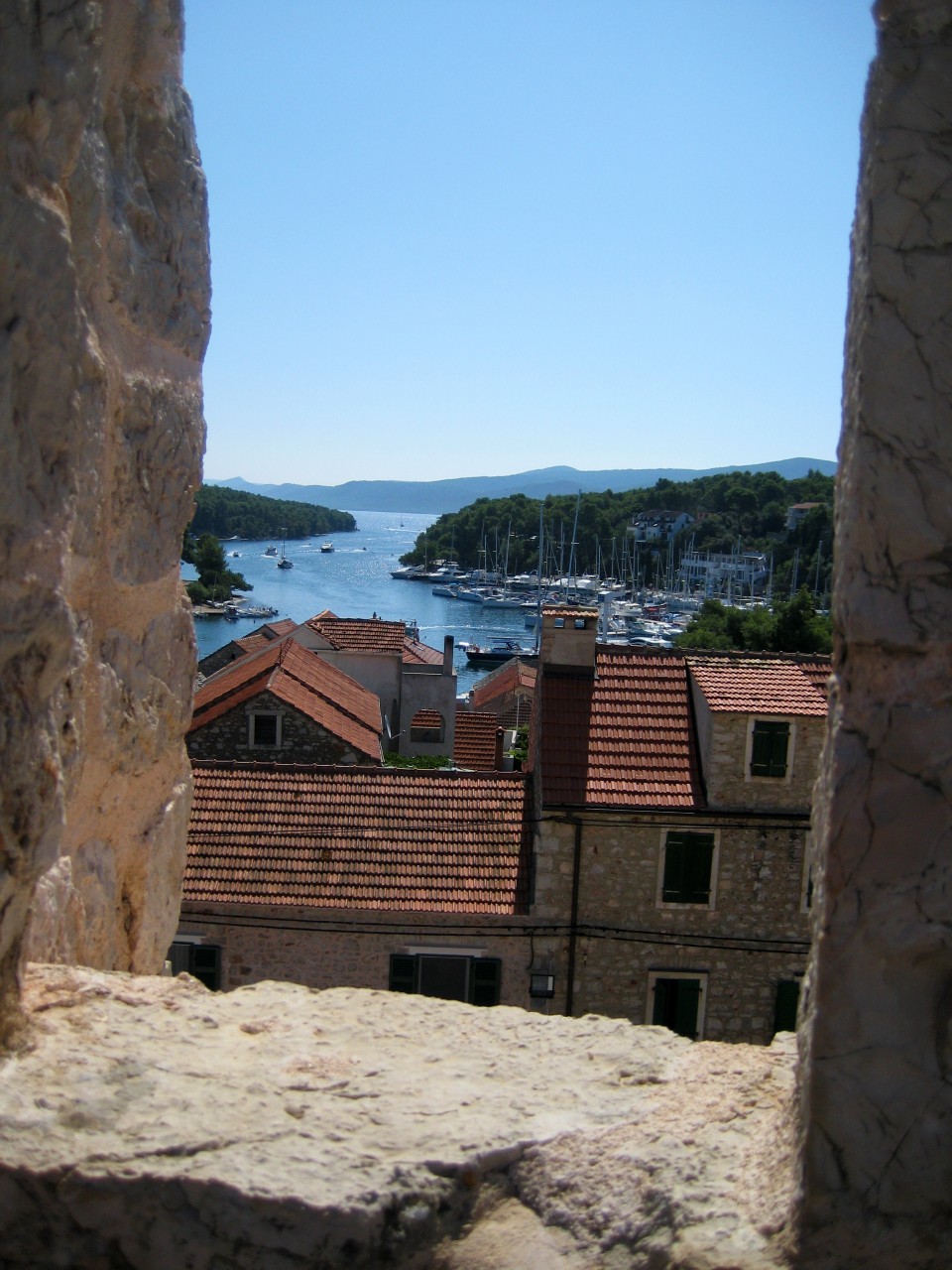 The view from the Fortress of St Mary over the bay 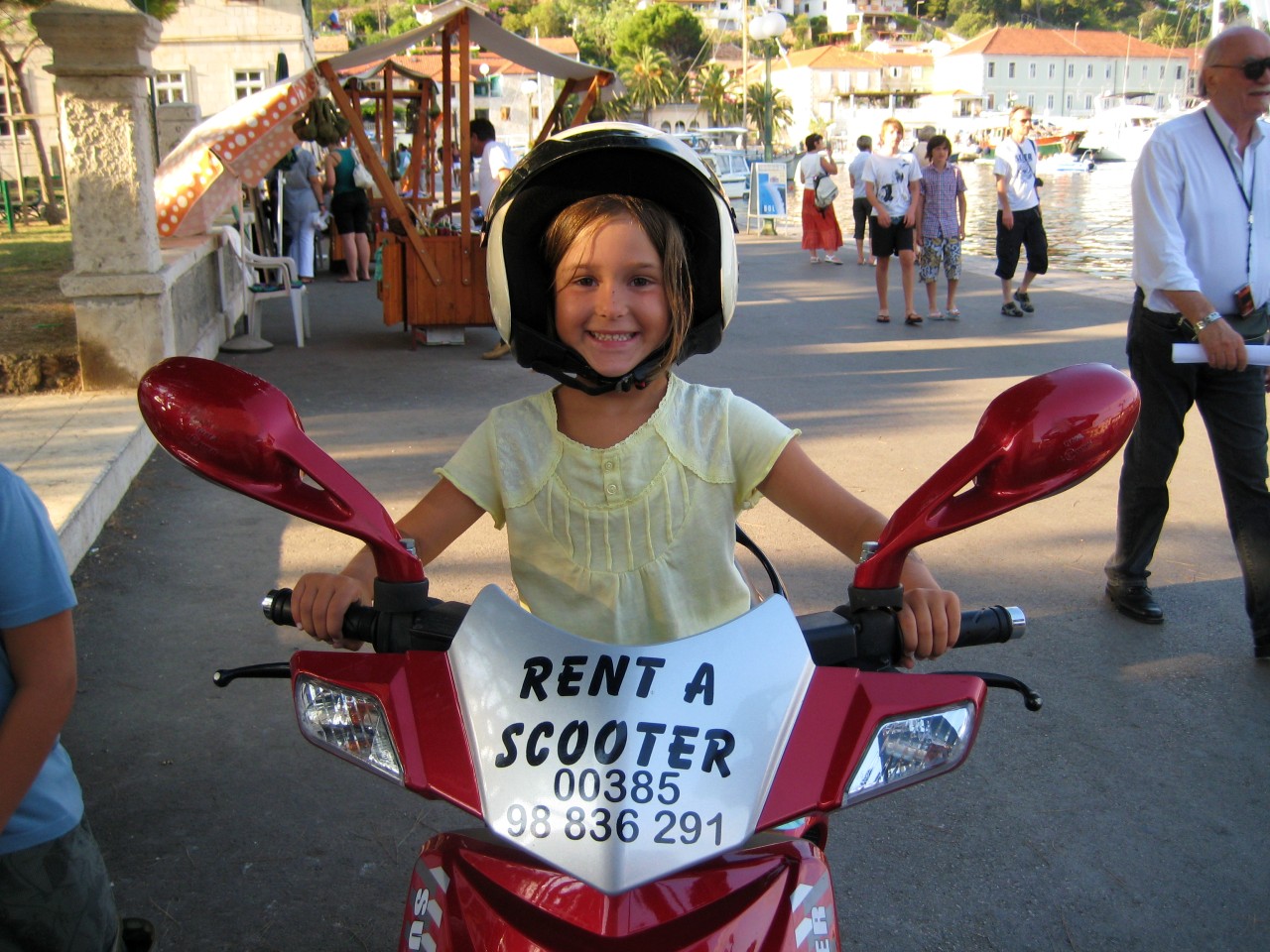 Little girl enjoying a ride on a rented scooter in Vrboska

Consult Tripadvisor to find more about Things to do in Vrboska. 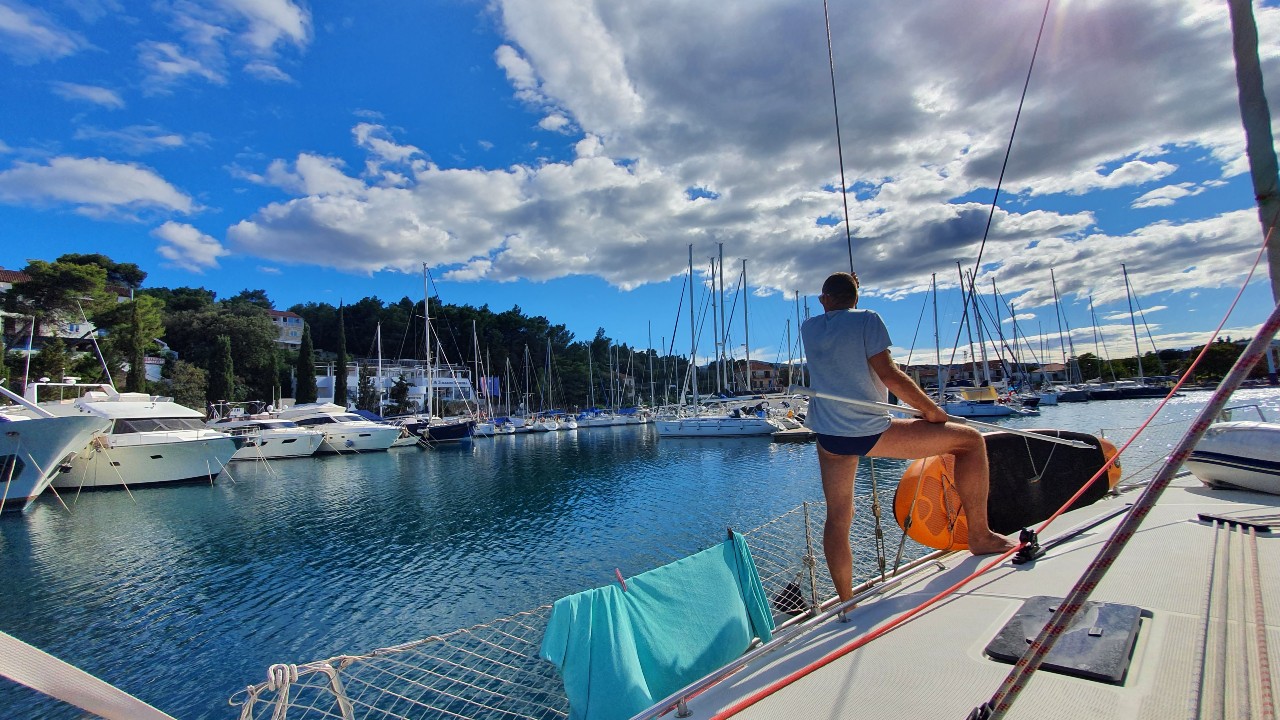